WOW: Sleepy Joe Admits What We All Know 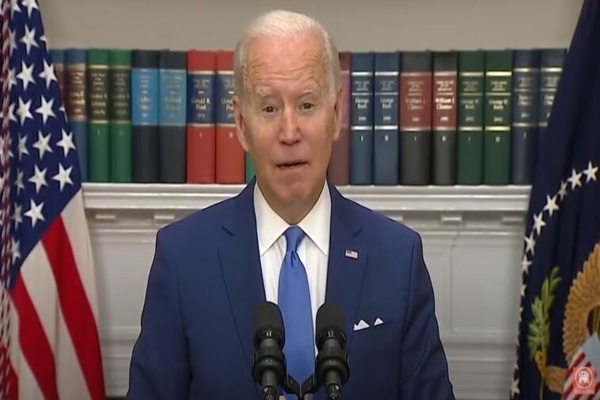 Literally all it takes at this point is a trip to the pump, grocery store, mall, shop online, watch the news, yes even the MSM news. Even they admit things are bad.

The surprising thing is, Biden is admitting it. To this point this administration has largely created distractions and misdirection in an attempt to not have to admit the obvious.

So what’s the story? The New York Post said this:

President Biden on Monday admitted that the United States’ economy has “problems” and that it will be “a haul” before Americans see total relief from inflation and soaring prices.

A haul? Problems? Understate the obvious much Joe? After months and months of the White House downplaying inflation, supply chain shortages, rising energy prices and everything going on economically, while focusing instead on LGBTQ issues, villianizing the right, ignoring the border, and giving away freebies to literally everyone but the American people, I’d expect old Joe to come a little stronger if he’s finally going to address the economic crisis we are in.

During a press conference in Japan following his meeting with Prime Minister Fumio Kishida, Biden insisted that he does not believe a recession is inevitable, pointing to key economic growth in the US compared to other countries.

“Does that mean we don’t have problems? We do,” the president said. “We have problems but less consequential than the rest of the world has because of our internal growth and strength.”

Let’s be honest, shall we. This country IS headed toward a recession. Most economic experts will say the same thing. The economy is wrecked from this administration’s terrible policies to the point that recession is inevitable.

I’m not sure what key economic growth Biden is referring to, and I’m sure he isn’t either, as he is likely just being fed talking points.

The president’s comments come as the US endures a nearly 40-year record high of inflation, hitting 8.3% in April. As a result, gas prices have soared, reaching an average of $4.596 per gallon on Monday. Several states are seeing an average cost over $5, while California’s average cost of gas sits just above $6, according to AAA.

Those of us a certain age remember the early 80’s and the crippling inflation, so it’s unsettling to see the same thing happening again, as if, in 40 years our government, particularly Democrats, have learned nothing.