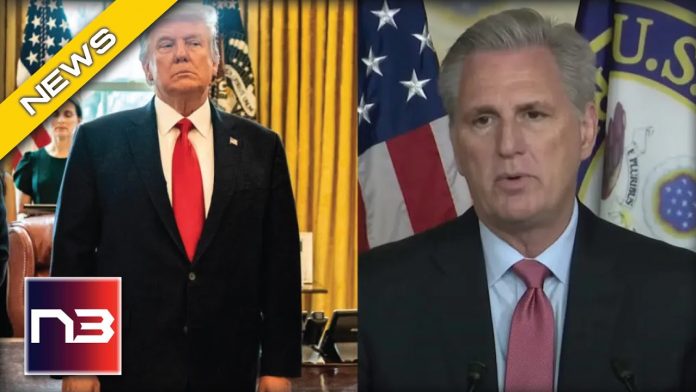 Aldo Buttazzoni From NextNewsNetwork.com Reports, Donald Trump expressed his disappointment with House Minority Leader Kevin McCarthy this week over his decision to pull Republicans off the January 6th Select Committee. The former President was speaking with Punchbowl News when he said he felt like Republicans lost their voice thanks to McCarthy’s decision.

“Vote McCarthy OUT. He’s a RINO”