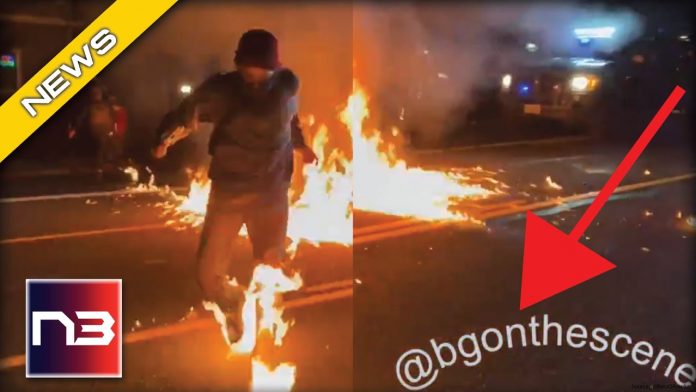 C. Douglas Golden from Flag and Cross reports, Was the protest Malik Muhammed engaged in during the 2020 riots in Portland, Oregon fiery? Yes. Was it peaceful? No. And despite the fact his highest-profile victim may have been his fellow protesters, his viral ignominy won’t be the worst punishment he’ll be facing.

“Shouldn’t they have been using electric molotovs.”