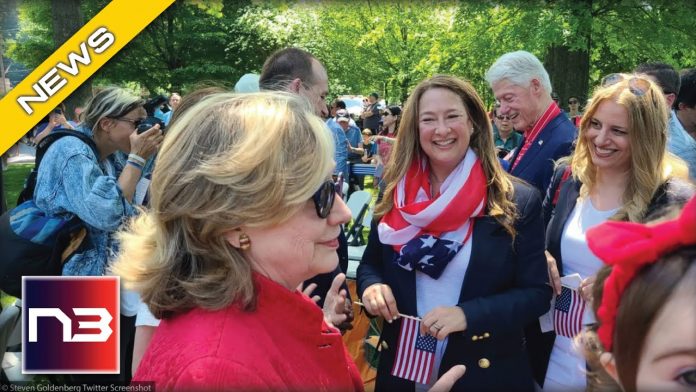 Ivory Hecker From NextNewsNetwork.com reports, Former President Bill and Democrat Presidential candidate Hillary Clinton marched at the annual Chappaqua Memorial Day parade on Monday. The parade began at 11 am and ended with the ceremony at Memorial Plaza, according to WABC.

“Think of the crowds and cheers Trump would have caused if he led the parade.”