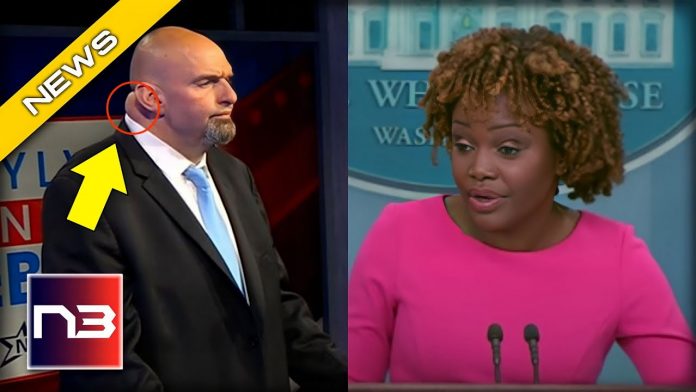 The Washington Examiner reports, During Tuesday’s event, Fetterman, who suffered a stroke in May, used closed captioning and even acknowledged his ongoing recovery. When Jean-Pierre spoke to reporters at the White House press briefing on Wednesday, she said that she had not been able to ask President Joe Biden if he had watched the debate.

“What universe is KJP living in? It isn’t the one the rest of us live in.”