Watch: Father Attends School Board Meeting & Gets ASSAULTED Over Mask 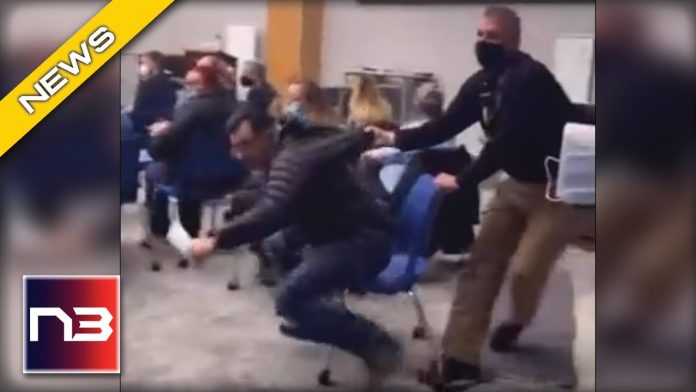 Rusty Weiss from The Political Insider reports, A father attending a school board meeting in upstate New York was forcefully dragged out of the room by what appears to be private security after declining to wear a mask, just days after board members were photographed maskless at an indoor event.