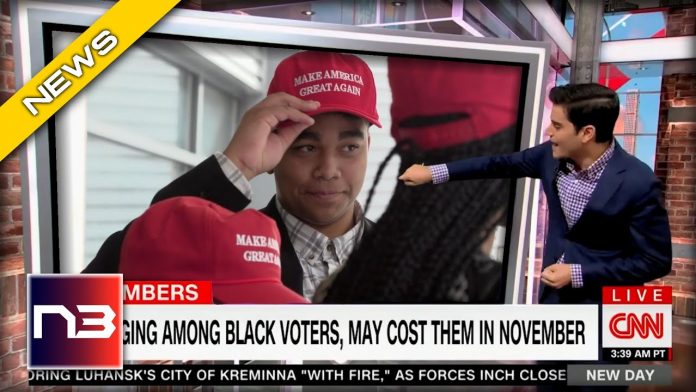 Daily wire reports, CNN reported Monday that its polling revealed a significant drop in Democratic support among black voters, which could cost Democrats the Senate. Some Democratic senatorial candidates may be doomed by slippage among blacks, according to CNN senior data reporter Harry Enten.

“America is not stupid we see what’s going on”