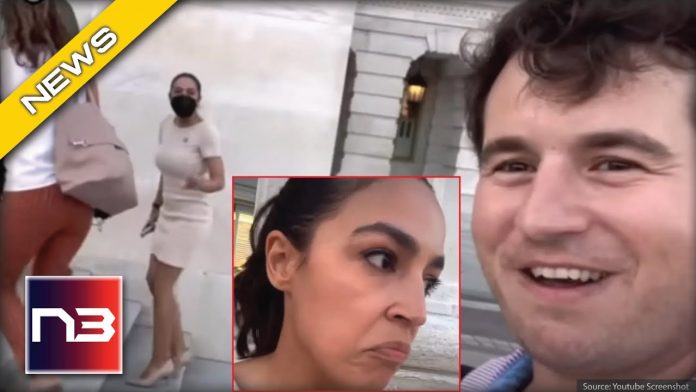 NextNewsNetwork.com Reports, Right-wing comedian and social media personality Alex Stein got in an altercation with Alexandria Ocasio-Cortez on Twitter after he heckled her outside the Capitol. She came up to him and gave the peace sign and then responded to him on Twitter later saying she would have “decked him.”

“AOC……The only waitress in America who brings nothing to the table.”