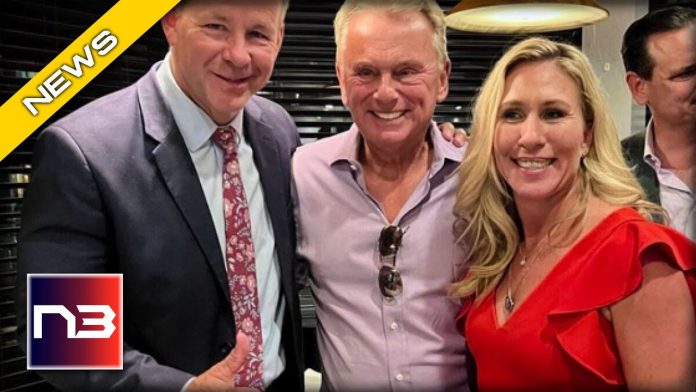 Fox News reports, A photo of longtime “Wheel of Fortune” host Pat Sajak with Georgia Congresswoman Marjorie Taylor Greene has surfaced, and people on Twitter are fuming. The picture, apparently captured earlier this month, went viral on Twitter after it was re-shared by a Twitter account described as “exposing right-wing extremism and other threats to democracy.”

“We the American people love WHEEL OF FORTUNE!”