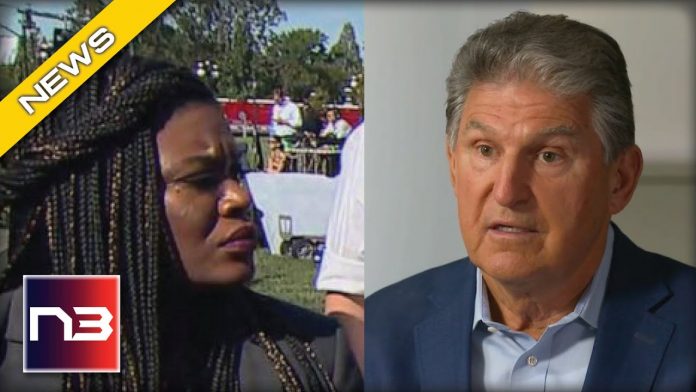 Landon Mion from Townhall reports, Missouri Rep. Cori Bush (D) called out West Virginia Sen. Joe Manchin (D) on Monday after he said that he would not support the latest framework of the Democrats’ social spending proposal, which now has a price tag of less than $2 trillion, further delaying a vote on the legislation.

“I can’t find anyone who gives a DAMN about this women or her agenda. This is America!”