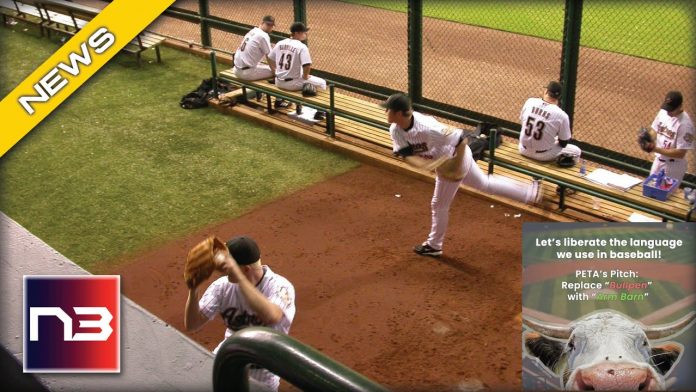 Landon Mion from Townhall reports, Animal rights organization PETA has called for Major League Baseball to “strike out” the word “bullpen” in favor of “arm barn” because, as the organization claims, the current term is a reference to a “holding area where terrified bulls are kept before slaughter.”

“This is off the charts wacky!!! I can’t believe people would take that seriously.”