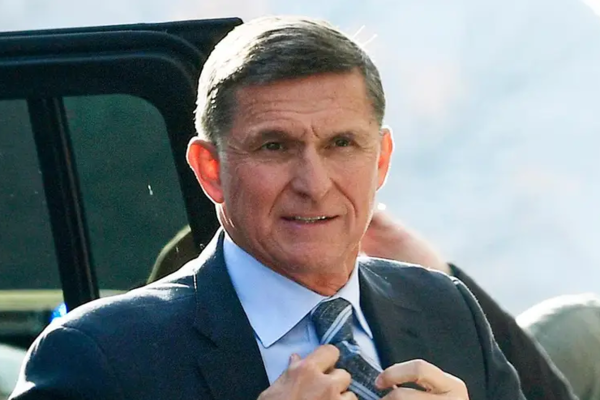 (trendingpolitics) – Of all the Trump officials persecuted and prosecuted by the Deep State and its agents, former Lt. General Mike Flynn was treated perhaps the worst. He and his good name were dragged through the mud by years of investigations, with him seeing his career evaporate and his retirement savings blown to smithereens, all over a false charge pushed by radical frauds and hucksters.

Well, now Flynn is on the warpath and he means to get payback from the FBI and DOJ, as he just rocked them with a massive lawsuit in which he’s demanding $50 million from those aforementioned parties for their “malicious prosecution” of him, malicious prosecution that was related to the now-discredited Russia collusion investigation.

The suit he filed is known as a Form 95 Civil Claim. According to Just the News, the claim “was filed Feb. 22. It names the DOJ, FBI, U.S. Attorney’s Office in Washington D.C., Special Counsel Robert Mueller’s office and the Executive Office of the President as potential defendants and alleges former President Barack Obama and the FBI had a vendetta against him that biased their actions.”

In the claim, provided by Just the News, Flynn and his legal team claim that “Of all of President Trump’s appointees, the Obama White House hated Flynn the most,” and then goes on to list irregularities that happened in his case, irregularities he says show the FBI’s vendetta against him.

The claim also alleges that, starting in July of 2016, “the FBI began to express disdain for candidate Donald J. Trump and began to consider ways in which it could hamper Donald Trump as candidate or as President, were he to win the 2016 election.”

Continuing, it again alleges the FBI had a particular vendetta against him and desire to do him harm with the malicious prosecution, saying: Is Joe Biden the Worst President in Your Lifetime?* Yes, absolutely! No Email* This poll gives you free access to our premium politics newsletter. Unsubscribe at any time.

“As part of these efforts, the FBI began to target Flynn. Flynn was no stranger to the FBI and its leadership, many of whom considered Flynn to be a personal enemy of the FBI and the success of their own FBI careers.”

And what is Flynn requesting as recompense for that injustice? Well he puts that in the claim too, saying:

Compensatory damages including but not limited to lost past and future earnings/revenue, emotional distress, lost opportunity to be President’s National Security Advisor, significant restraints of personal liberty, attorney fees/expenses and court costs in defending against malicious prosecution, abuse of process, false arrest, et al. activities of FBI, DOJ, and the White House.

Those are some big claims that Flynn is making, ones that it will likely cost him lots more time, hassle, and potentially financial pain to prove.

But let’s hope he and his legal team can really put a hurting on those corrupt, politics-focused hacks in America’s Stasi and rebuild his financial position. If anyone deserves to be compensated for all the trouble the Deep State put him through, it’s Flynn. Now we just have to see if he can overcome the Deep State and beat them once more.