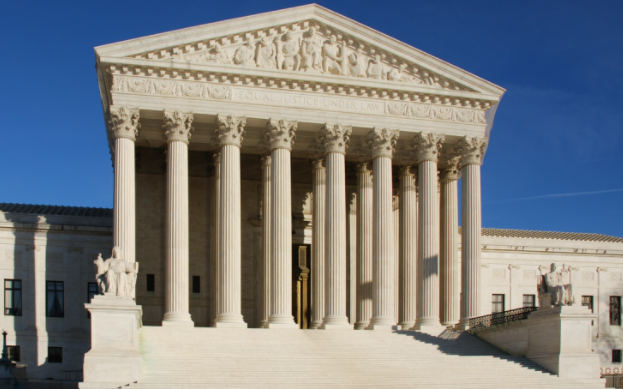 (breitbart) – The U.S. Supreme Court has rejected a request to block the race-based admissions policy at an elite public high school in Fairfax County, Virginia, simply saying, “the application to vacate the stay presented to The Chief Justice and by him referred to the Court is denied.”

The unsigned order also noted that Justices Clarence Thomas, Samuel Alito, and Neil Gorsuch would have granted the application to vacate the stay.

As Breitbart News reported, Thomas Jefferson High School for Science and Technology (TJ) — the nation’s top public high school — has been taken to court over an admissions policy that allegedly discriminates against Asian American students in the name of “equity.”

A federal judge in February affirmed the concerns, saying the policy was “infected with talk of racial balancing.”

“The undisputed evidence demonstrates precisely how the Board’s actions caused, and will continue to cause, a substantial racial impact,” U.S. District Court Judge Claude Hilton wrote in his decision. “The Board instituted a system that does not treat all applicants to TJ [Thomas Jefferson High School] equally.”

“Placing the Board’s actions in a historical context leaves little doubt that its decision to overhaul the TJ admissions process was racially motivated,” Hilton, an appointee of former President Ronald Reagan, continued.

Despite this, in March, a three-judge panel in the Fourth Circuit Court of Appeals voted to allow the school to temporarily maintain its discriminatory policy.

Upon handing down this order, Virginia Attorney General Jason Miyares (R) filed an emergency request with the Supreme Court on behalf of the “Coalition for TJ” — the group of parents, students, and alumni that initially filed suit against the school. Miyares said in an April statement:

Right now, there are innocent Virginians unfairly treated and punished not for anything they’ve done, but because of who they are. Thomas Jefferson High School’s new admissions process is state sanctioned bigotry – it’s wrong, and it’s the exact opposite of equality. As Attorney General, I’ll never stop fighting for the equal treatment and protection of all Virginians.

Until 2021, TJ based their admissions on merit and did not consider race when admitting students.

Due to objective testing, it has consistently maintained a high percentage of Asian students (nearly 72 percent in the 2020-21 school year), which prompted the far-left FCPS school board to institute race-based considerations for entry.

The civil rights lawsuit contends that TJ is violating the Equal Protection Clause of the Fourteenth Amendment.

The case is Coalition for TJ v. Fairfax County School Board, No. 1:21cv296, in the U.S. Court of Appeals for the Fourth Circuit.