BREAKING: Pelosi Believes House Democrats in ‘Good Shape’ Before Midterms as Droves Are Leaving the House 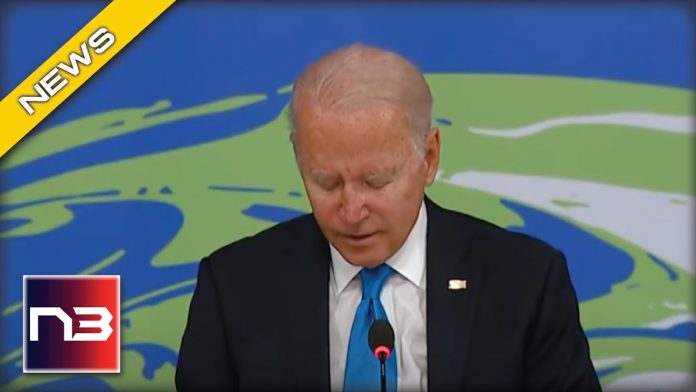 (breitbart) – Speaker Nancy Pelosi (D-CA) said the House Democrats are in “good shape” heading into the midterms and predicted the Democrats would remain in the House majority, despite the 26 congressmen who have announced plans to leave after the current term.

Despite the 26 Democrats who have announced their plans to exit the House of Representatives after the current term, Pelosi, who has also been rumored to be retiring, told Punchbowl News that she does not believe the 26 are a big deal and her caucus will remain in the majority past the midterm elections later this year.

An interviewer asked Pelosi, “Doesn’t it mean that members are worried about losing the House?” and she answered, “No, it doesn’t. It means that they are getting on with their lives. And it’s a very personal decision, but we’re OK. We’re good,” Pelosi said. “We are very much confident about the seats of people who are leaving.”

Additionally, Pelosi was asked if the lead-up to this year’s midterms feels the same as 2010 when the Republicans picked up 63 seats and took the majority. She said, “No. Not at all. Not at all. It has nothing to do with that.”

“In fact, I think in 2010, the Republicans may have had more retirements than we have now. I’m not sure about that. We’re good. Everybody understands the challenge that our whole democracy is at stake,” Pelosi added.

But, Punchbowl noted that only 19 House Republicans retired in the 2010 cycle, much fewer than the current election cycle in which Democrats already have 26 leaving the House, with rumors of more to come.

Pelosi tried to explain that Democrats are in “good shape” because Republicans “want to undermine the vote, undermine the integrity of our elections, undermine the sanctity of the vote and that impacts the quality of life for the American people.”

However, Punchbowl also emphasized that Pelosi predicted the Democrats would hold their majority in 2010, which they did not.

Previous article
BREAKING: They Just Kicked Her OUT – One Of Most Influential GOP Is…
Next article
WARNING: January 6 Committee Subpoenas Trump Jr. Associates Who Had No Involvement