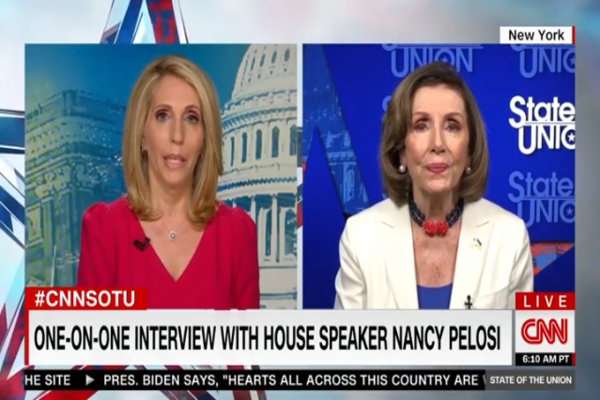 (breitbart) – House Speaker Nancy Pelosi (D-CA) said Sunday on CNN’s “State of the Union” that the current Supreme Court was “dangerous” for families and freedom in America.

When asked about Roe v Wade potentially being overturned by the Supreme Court, Pelosi said, “Who would have ever suspected that a creature like Donald Trump would become president of the United States by waving a list of judges he would appoint, therefore, getting the support of the far-right — and appointing those anti-freedom justices to the court. So, this is not about long game. We played a long game. We won Roe v. Wade a long time ago. We voted to protect it over time.”

She continued, “Let’s not take our eye off the ball. The ball is this court, which is dangerous to the freedoms of our country. Beware in terms of marriage equality, beware in terms of other aspects of it, and so it is. Let’s not waste our time on that. The fact is, this is a dangerous court to families, to freedom in our country. And that is why people have to mobilize. My saying is we don’t agonize. We organize, we go out there and make sure people know that if they, actually elections have consequences.”